What Time Are We Tracking? 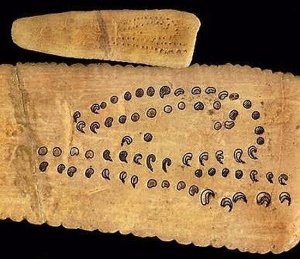 What calendar and time-keeping do you live by?  What cycles and rhythms does it mark and celebrate?    For millenia of human history, customs, rituals, and celebrations have marked important cosmic events tracked by various forms of calendars and time keeping methods.  The primary referent of the system – the sun, the moon, or astronomical events – tells us much about the values, needs, and cosmology of the culture who sets up and follows that system.
Many societies in the temperate latitudes on Earth are guided by the timing of the solstices and equinoxes that mark the high point of the four seasons, measuring the movements of the sun for agriculture and physical survival.
Others still mark and celebrate the Quarter Days, which are the half-way points between the solstices and the equinoxes  Quarter days mark the thresholds between seasons.  For example, Feb 2, known in the Celtic tradition as Imbolc, comes half way between Winter Solstice and Spring Equinox, marking the time when the winter ground begins to thaw, seeds begin to swell and buds start to form. Quarter Days are not very well-recognized in the time-keeping system of industrialized culture, and this has caused a disconnect to the seasons.  Our calendars tell us that the Winter Solstice, for example, is the first day of Winter, but the longest night marks the mid-point of Winter.
So what calendars have humans lived by?  What kind of time are they keeping? Why is January 1st the beginning of the year? What “begins”?  I cannot seem to associate any natural phenomenon or organic process that begins on January 1. So how did that happen?  And then, there is this thing called the Fiscal Year  based on the seasonal slump of business activity…. very telling of a culture, indeed…

LUNAR CALENDARS: Artifacts from the Paleolithic period suggest that the moon was used to calculate time as early as 30,000 years ago.  Tidal relationships, relationships to plant and animal fertility, to the woman’s body – her life cycles and her blood cycles – were recognized as being in sync with the cycles of the Moon.

Without adding days or months to some years in a calendar based solely on twelve lunar months, however, seasons quickly drift.  LUNISOLAR CALENDARS have a thirteenth month added to some years to make up for the difference between a full year (now known to be about 365.24 days) and a year of just twelve lunar months.
The ROMAN CALENDAR went through many iterations and adjustments,  It started off as Lunar and then shifted into Luni-solar as days were added to match the equinoxes.  The reformed JULIAN CALENDAR began in 45 BCE by Julius Ceasar after consulting with an astronomer, and it approximated the ‘tropical year’ or solar year.  The Julian calendar has a regular year of 365 days divided into 12 months with a leap day added to February every four years. The Julian year is, therefore, on average 365.25 days long, and is purely a solar referent.
The modern GREGORIAN CALENDAR replaced the Julian calendar in the 16th Century because the time trackers of the day figured out that a solar year is actually about 11 minutes shorter than 365.25 days. These extra 11 minutes per year in the Julian calendar caused it to gain about three days every four centuries.  In order to realign the calendar with the equinox times, several calendar days were dropped in one fell swoop. To maintain the adjustment, the Gregorian calendar drops three leap year days across every four centuries.

The Julian calendar is still used in some obscure places and in some religious calendar systems, but the Gregorian is today the standard calendar of the “industrialized world”.
Still other civilizations have other methods and traditions of time-keeping that transcend sun, moon, and planting seasons, such as the Mayan, the Egyptians, the Sumerians, and the Dogon of West Africa, who look to the rising and setting of certain stars and constellations – Orion, Sirius, the Pleiades – to mark the high points of the year.  What were/are they tracking?  What are their referents?
The familiar seasons that we mark in a solar year are created by the Earth’s axis being tilted.  Was there a pre-tilt civilization?  I will be exploring that possibility in future blogs…

Other places to find my work